The Benjamin Sheares Bridge is the longest bridge in Singapore, spanning 1.8 km, and the tallest, at 29 meters. It is named after Dr. Benjamin Henry Sheares, the second president of the Republic, who died four months before the bridge was opened to the public on 26 September 1981. 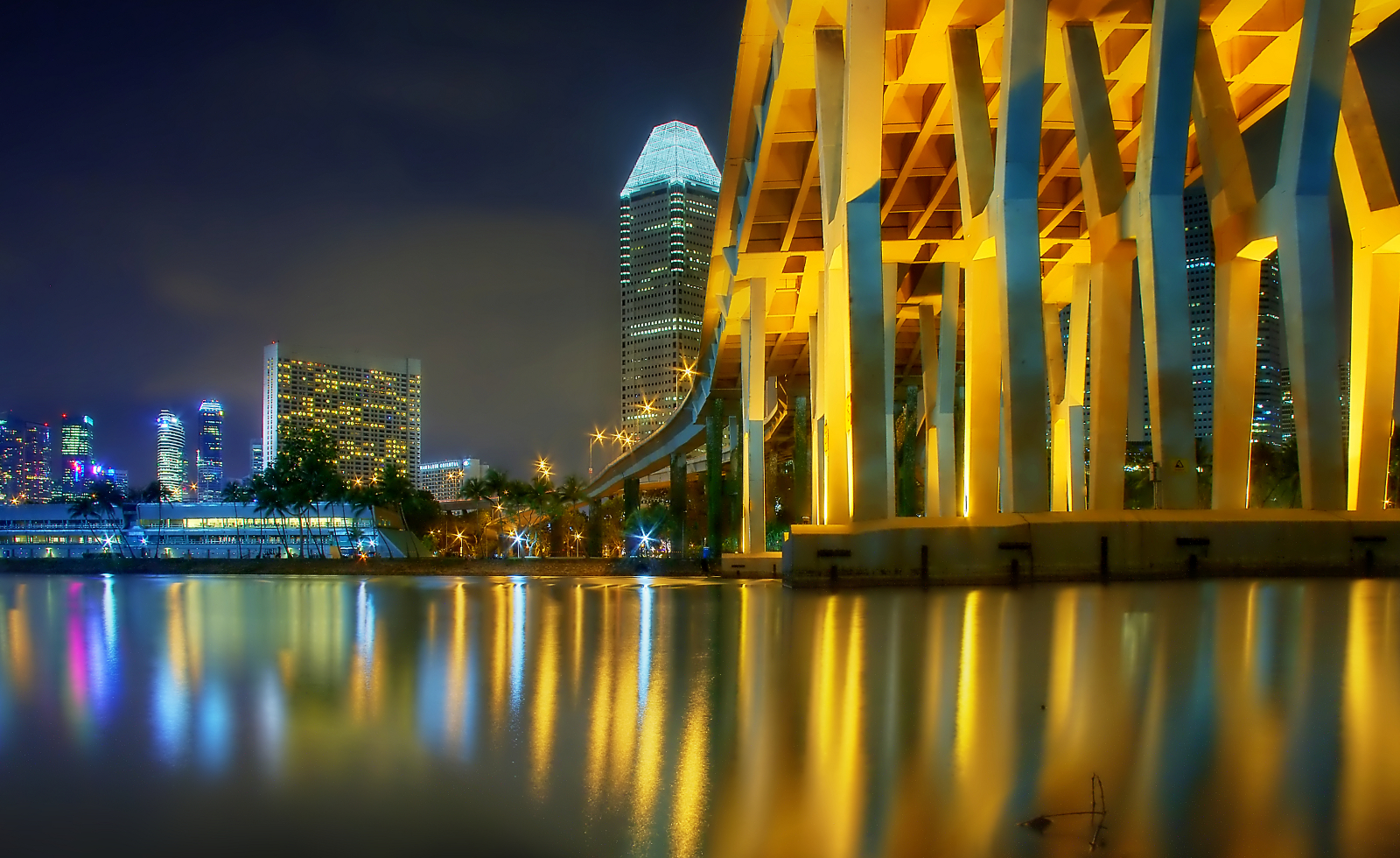 Step beyond the boundaries of physical space at Digital Light Canvas. Watch shoals of fish gather in the ocean beneath you as crystals light up overhead, or paint calligraphic art with your feet while flowers blossom in your wake. 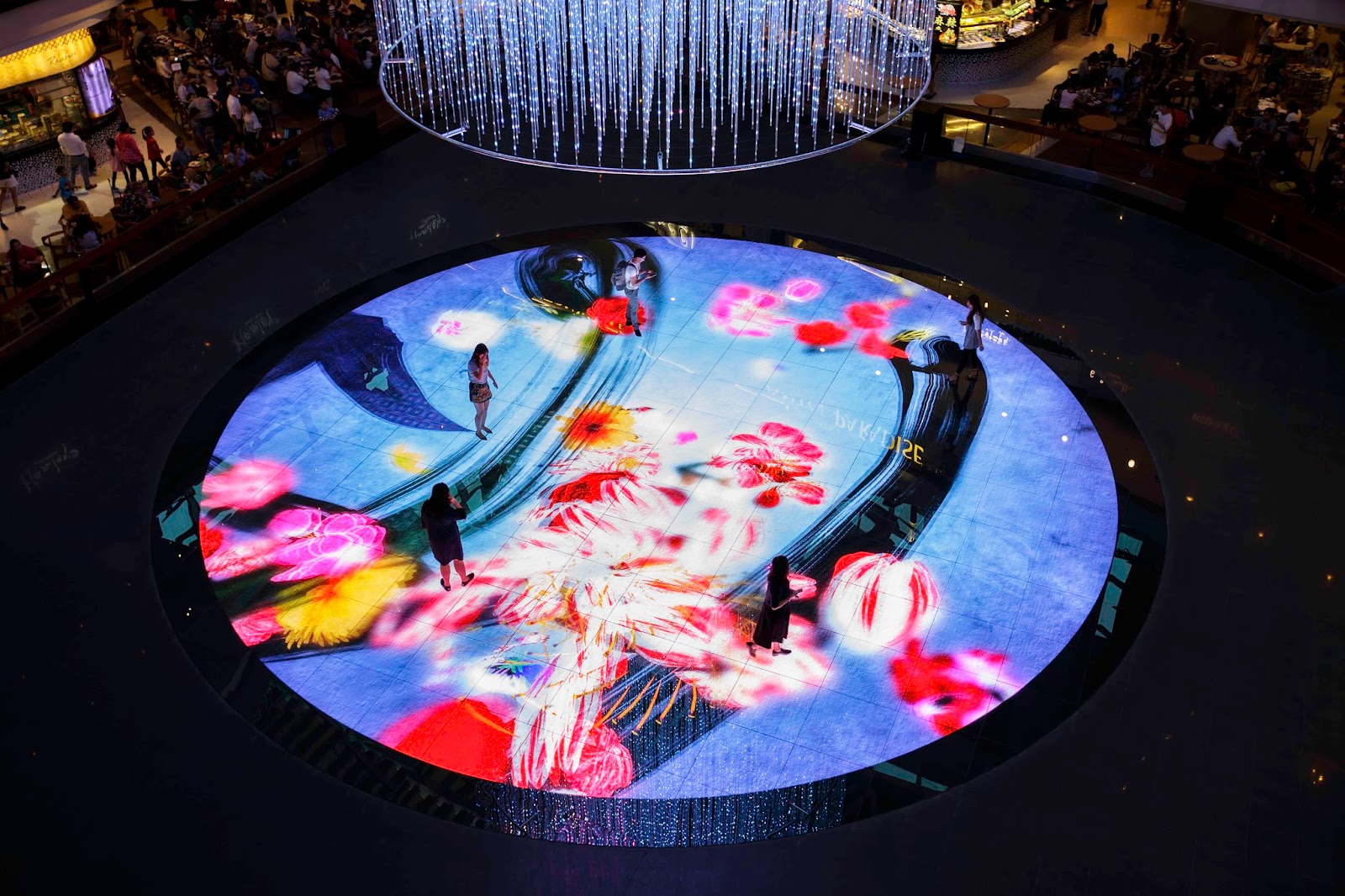 The Esplanade Bridge is a 261-meter-long road bridge that spans across the mouth of the Singapore River in Singapore with the Esplanade – Theatres on the Bay on its northern abutment and the Merlion on the southern.

Esplanade – Theatres on the Bay, Singapore

We are one of the busiest arts centers in the world with about 3,000 performances presented by Esplanade, our collaboration partners, and hirers yearly. Presenting the best in the performing arts, our world-class venues have hosted a diverse range of dance, music and theatre performances, in addition to captivating visual arts exhibitions and more. 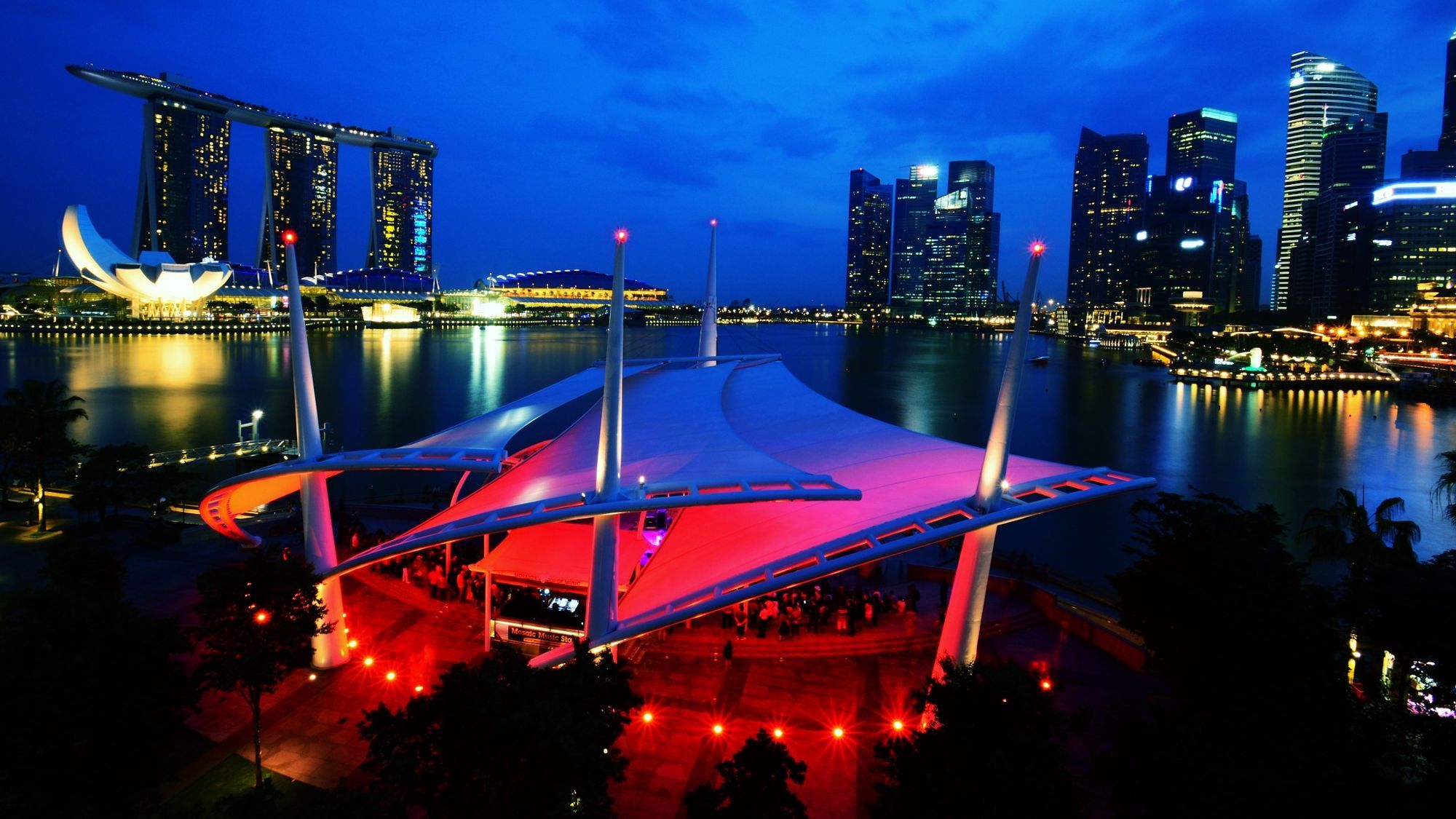 Gardens by the Bay

The Gardens by the Bay is a nature park spanning 101 hectares in the Central Region of Singapore, adjacent to the Marina Reservoir. The park consists of three waterfront gardens: Bay South Garden, Bay East Garden, and Bay Central Garden. 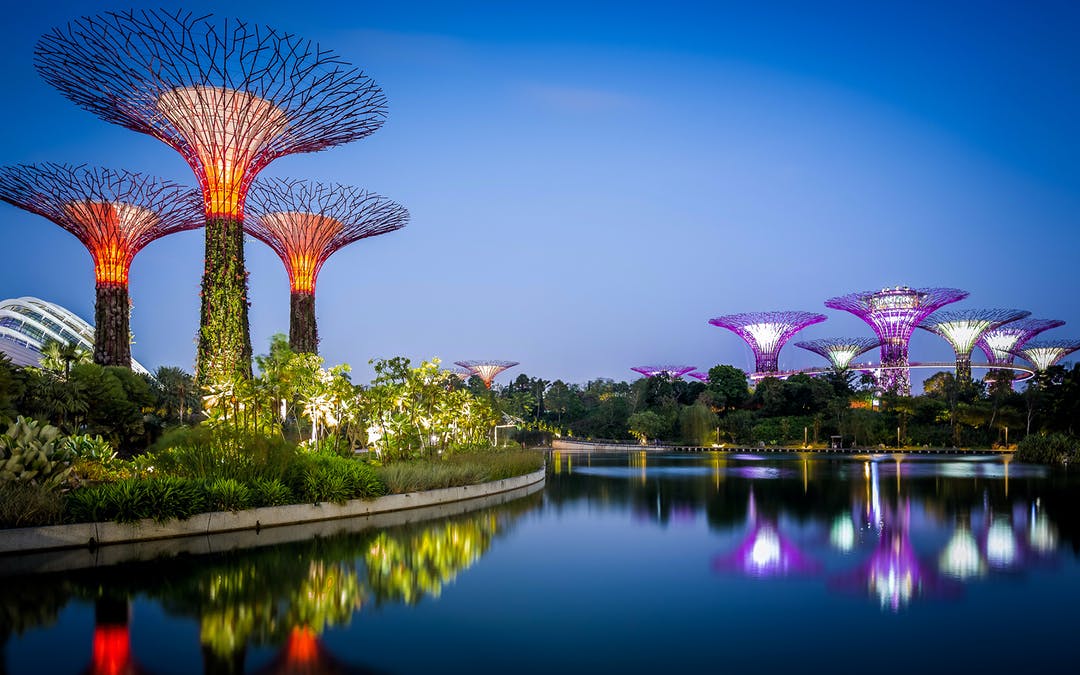 Garden Rhapsody is a signature light and sound show of the Gardens by the Bay, and its overall creative vision is led by award-winning Lighting Designer Adrian Tan, and one of Singapore’s most sought-after music composers and arrangers, Bang Wenfu, since 2015. 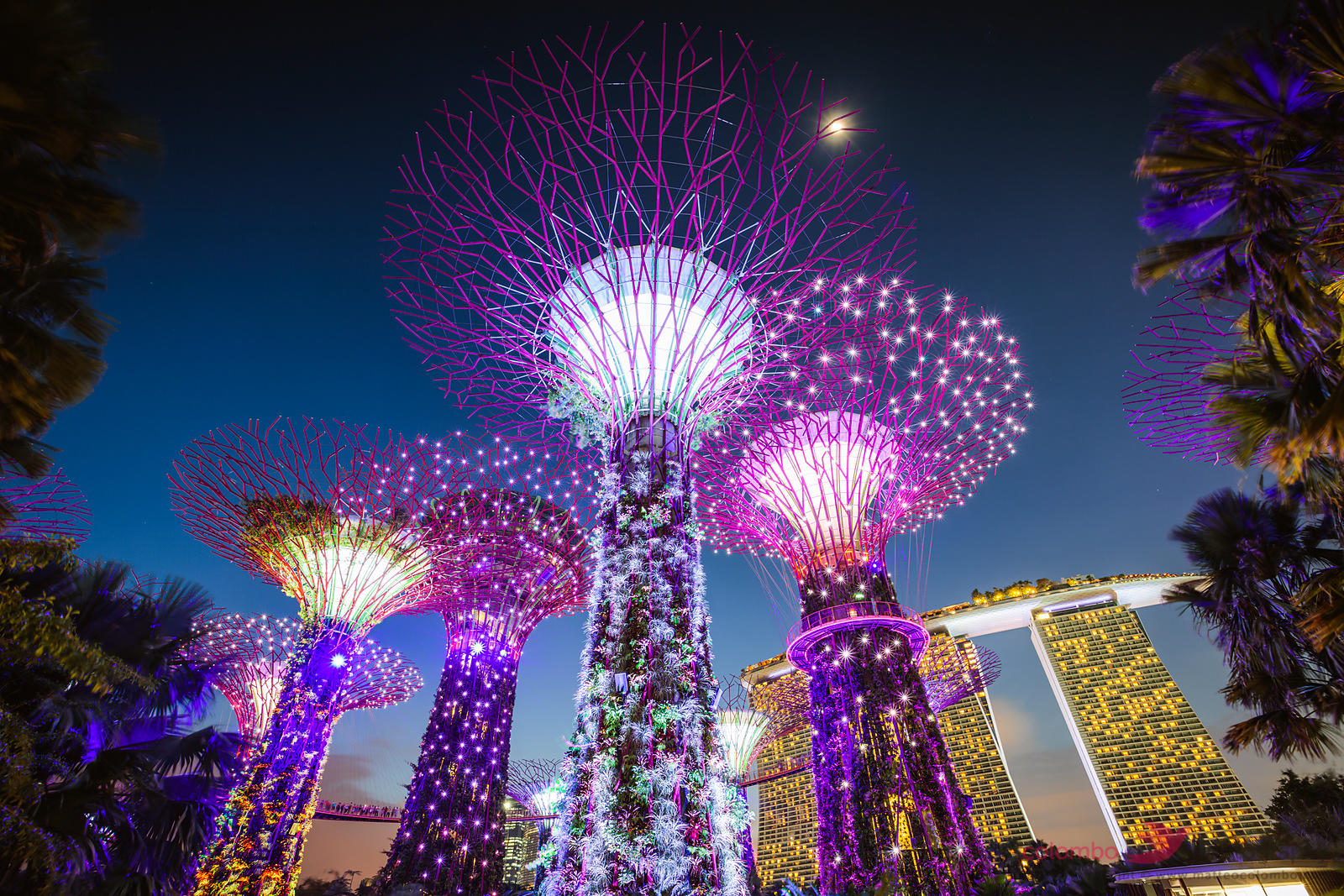 The Helix Bridge, officially The Helix, and previously known as the Double Helix Bridge, is a pedestrian bridge linking Marina Centre with Marina South in the Marina Bay area in Singapore. 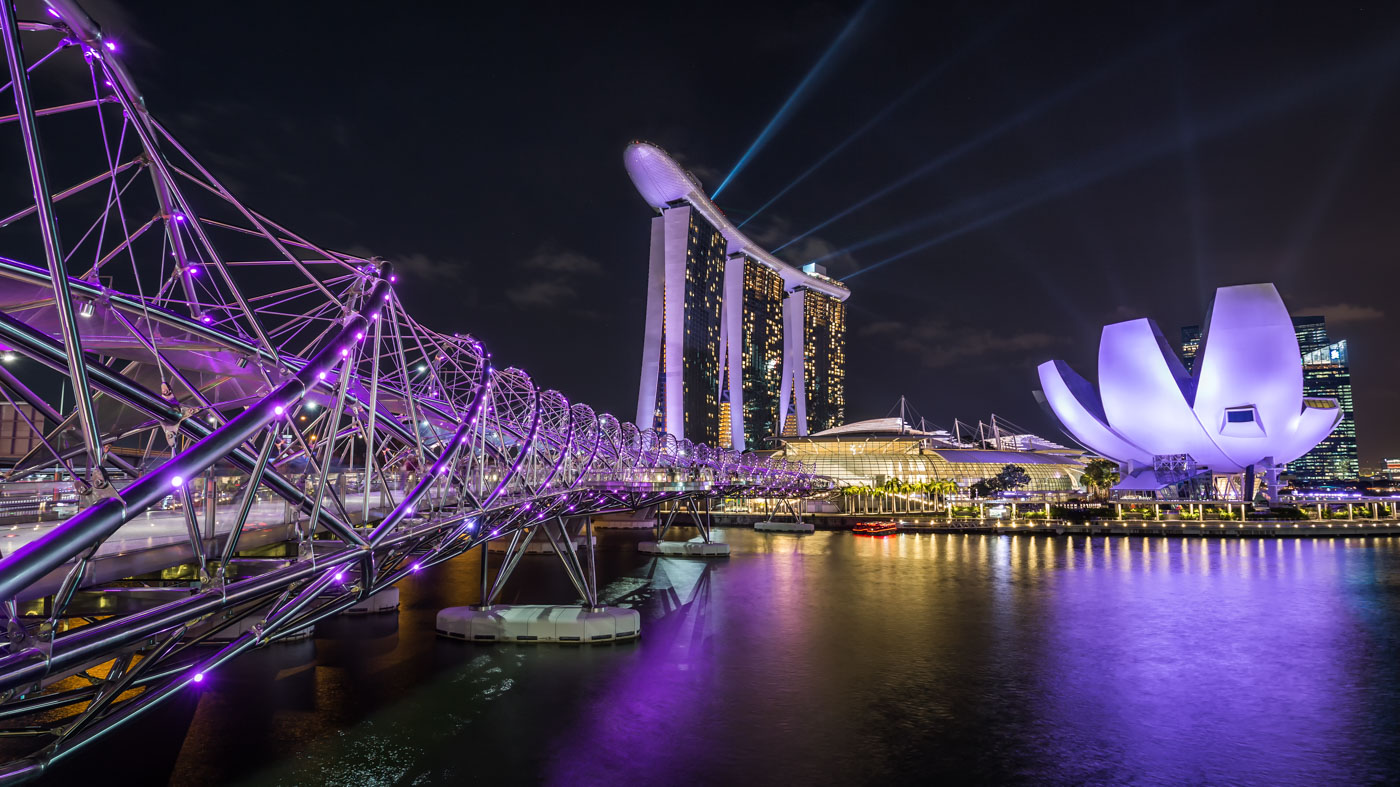 The Marina Barrage is a dam in Singapore built at the confluence of five rivers, across the Marina Channel between Marina East and Marina South. 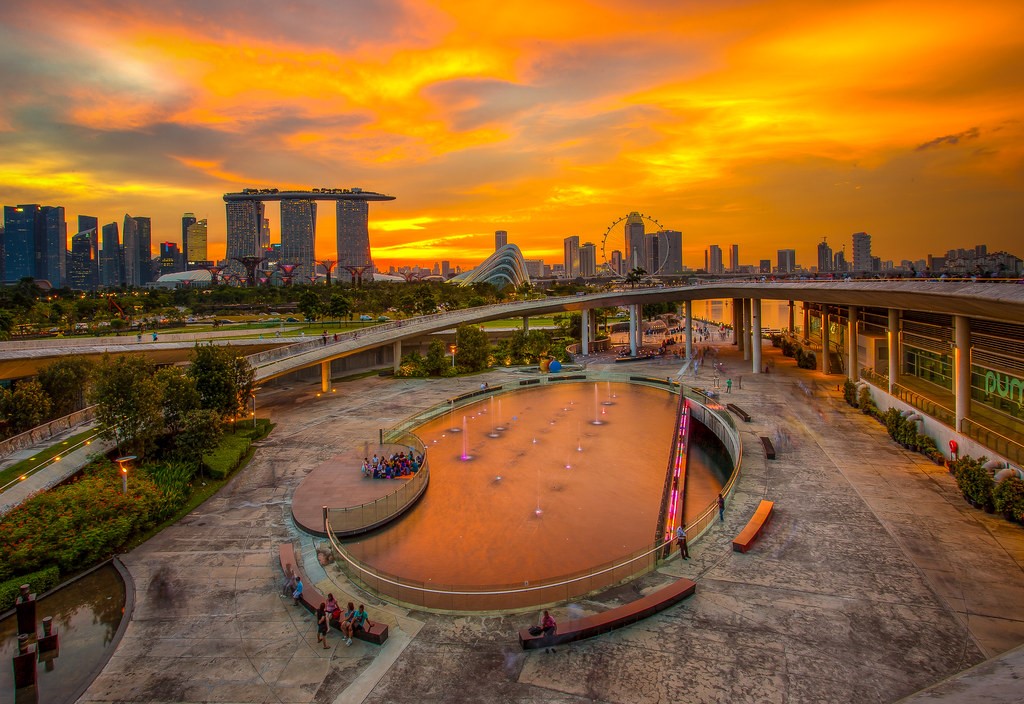 The Marina Bay Street Circuit is a street circuit around Marina Bay, Singapore, encompassing the planning areas of Downtown Core and Kallang. It is the venue for the Singapore Grand Prix. The track is 5.063 km long in a harbourside location similar in style to the Circuit de Monaco and the Valencia Street Circuit. 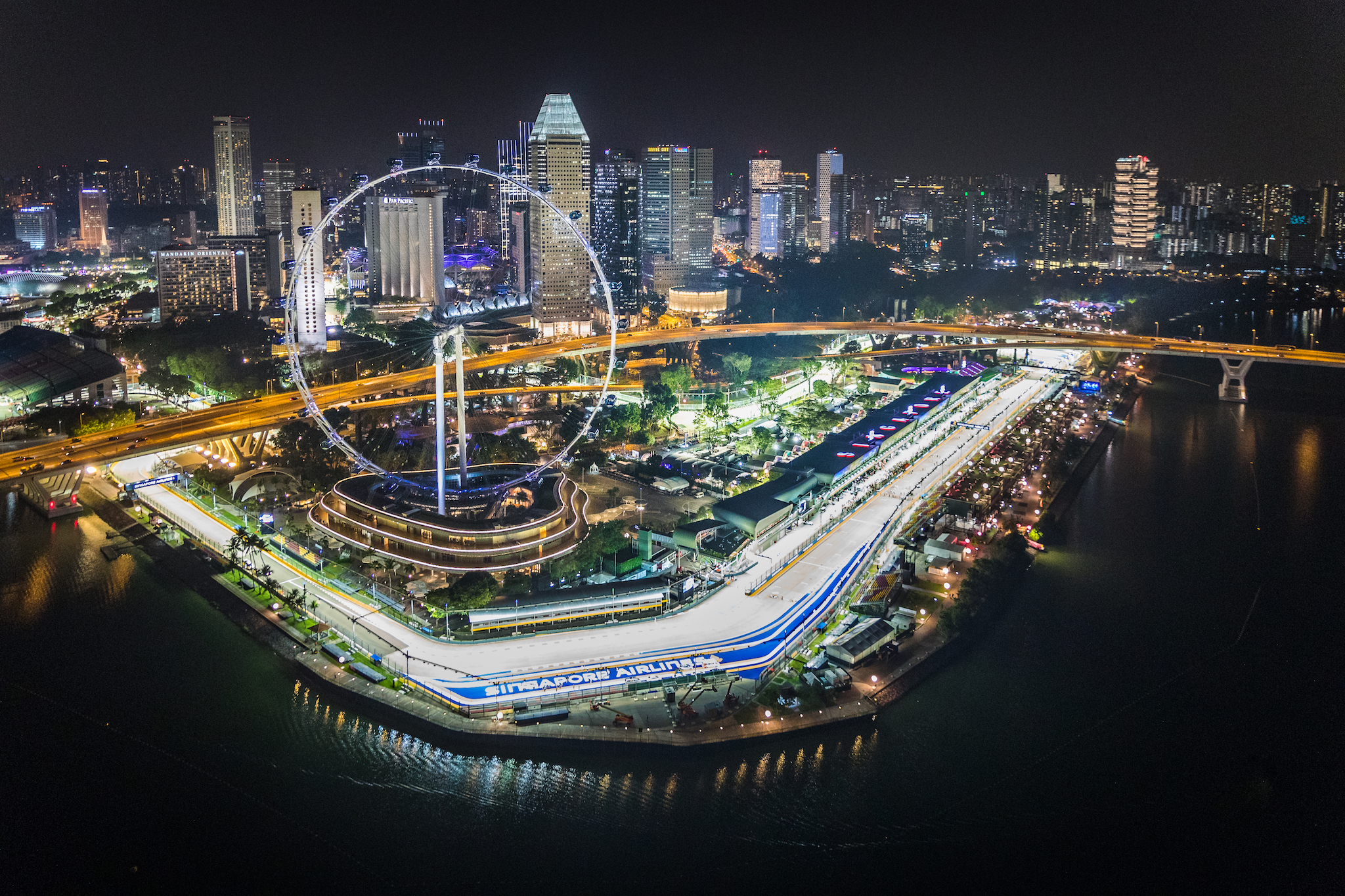 The Merlion Park is a Singaporean landmark and a major tourist attraction located in the Downtown Core district of Singapore, near its Central Business District. The Merlion is a mythical creature with a lion’s head and the body of a fish that is widely used as a mascot and national personification of Singapore. 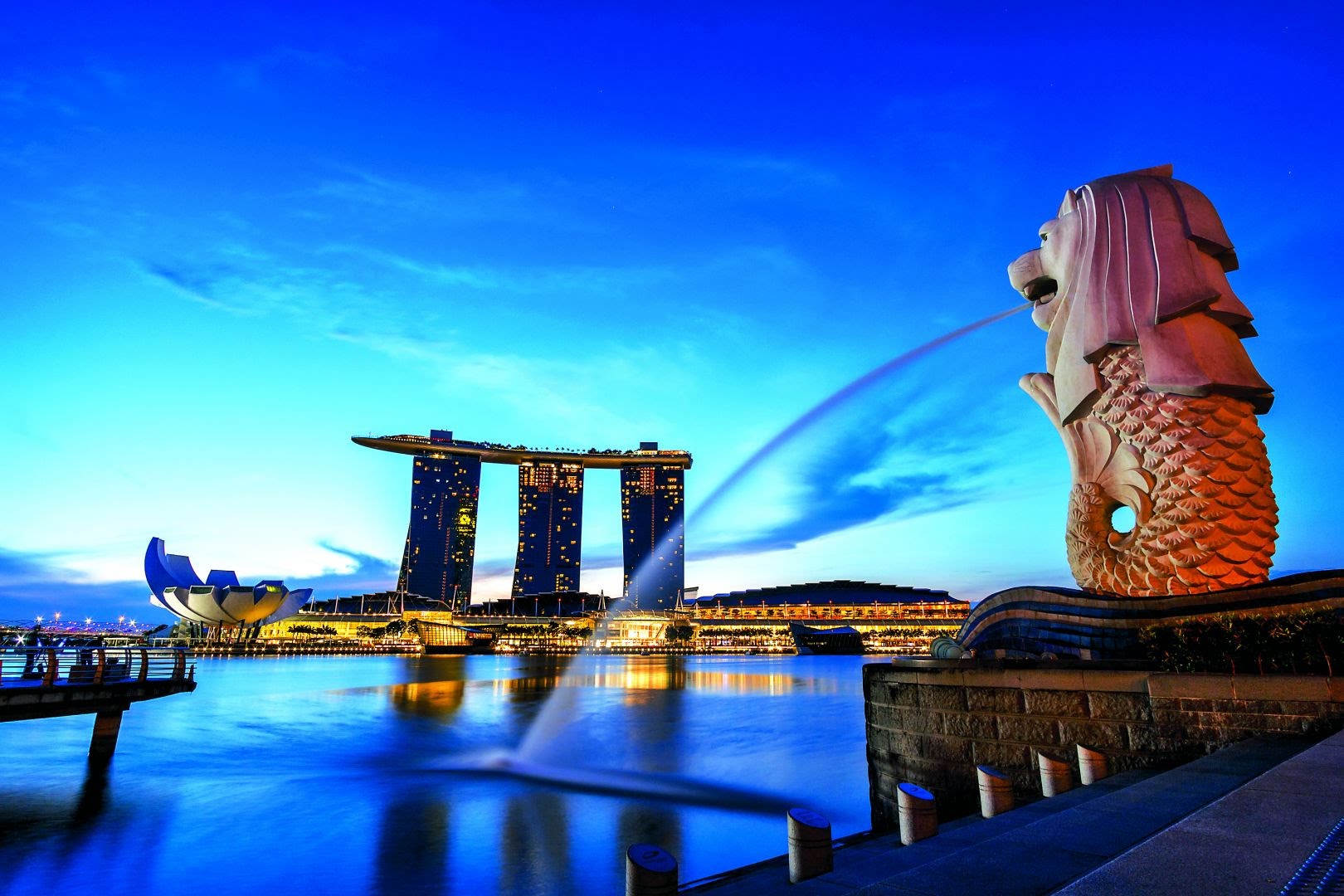 Discover the magic of Spectra – A Light & Water Show, a free nightly outdoor extravaganza displayed over the water at the Event Plaza. As the 15-minute outdoor show unfolds before your eyes in a four-part story, immerse yourself in the beautiful symphony of dancing fountain jets, colorful visual projections, advanced lasers, and lava and mist effects — all led by an orchestral soundtrack.