Indian Heritage Centre’s permanent galleries (located on levels 4 and 3) feature five themes which are arranged chronologically to span the 1st century CE to the 21st century. The galleries present, through artifact and interactive displays, the history of interactions between South and Southeast Asia, depicts the experiences of the Indian community in both Singapore and Malaya during the colonial period, and highlight the contributions of the Indian and South Asian communities to Singapore’s nation-building efforts.
Tuesday – Sunday until 31 Dec 2025 | Levels 3 & 4 | Free admission to Singaporeans and Permanent Residents 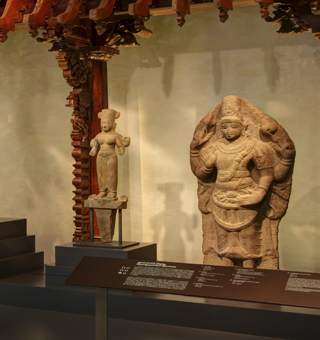 The first gallery explores the early contact between South and Southeast Asia and showcases the evidence of such interactions through the tangible and intangible heritage of the two regions. More specifically, it examines the religious connections (Hindu-Buddhist, Islamic and Christian) and the trade interactions between South and Southeast Asia vis-à-vis Singapore as a bustling hub of 19th century maritime trade. 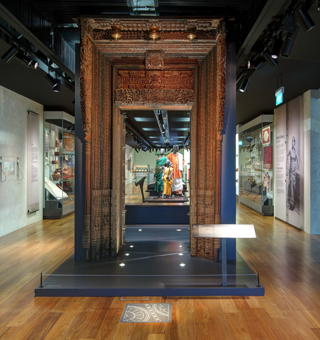 ROOTS AND ROUTES: ORIGINS AND MIGRATION
19th to 21st centuries

Indians in Singapore and Southeast Asia trace their origins to numerous waves of migration – pre-colonial, colonial and post-colonial. A complex history of migration from the South Asian subcontinent has produced a vibrant and dynamic community, made distinct by their ability to adapt and to integrate with local cultures. The “Roots” section of this gallery highlights their rites of passage, attire, language, religious affiliations and festivals while the “Routes” section revisits the gruelling journeys undertaken by migrants from their villages, cities and port towns, by ship to Singapore. 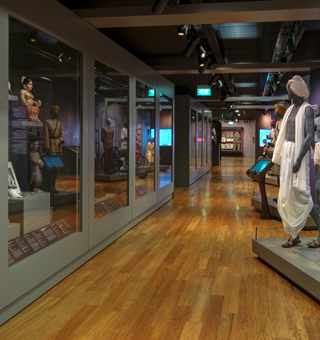 The third gallery introduces the early Indian pioneers who arrived in Singapore and Malaya as well as their trades and businesses. It highlights the role of Indians such as prisoners and builders, moneylenders and private financiers, police and civil servants, traders and professionals etc. In addition, the gallery showcases the history and contributions of pioneering institutions including early Tamil schools, media establishments, religious monuments and social organisations. 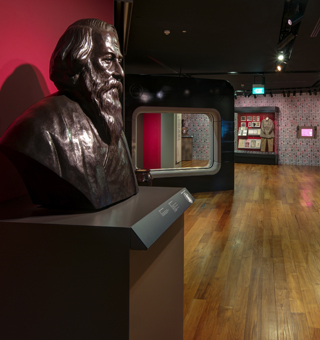 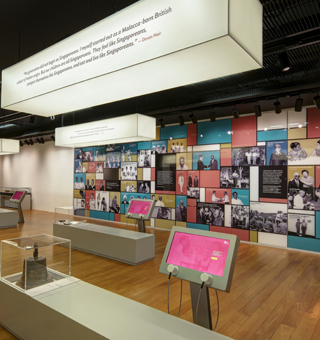 MAKING OF THE NATION: CONTRIBUTIONS OF INDIANS IN SINGAPORE
Late 1950s – Present